Matchmaker's Best Friend by Kari Trumbo releases this week! To celebrate, the authors in the Independence Islands Series are sharing our favorite part of a wedding. Continue reading this post to discover my favorite part and learn more about Kari's new release! Also, don't forget to enter in the giveaway and follow the blog stops all week for more chances to win. 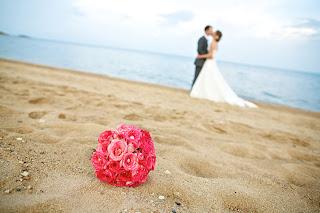 My Favorite Part About a Wedding:
Being a hopeless romantic, I have always loved weddings. It is hard for me to choose my favorite part, because I love all of it. However, I've chosen one part very high on my list.
My sister was married last summer and I had the privilege of being the maid of honor. Where I was standing provided the perfect view. Not only to see my beautiful sister walk down the aisle, but of her future husband. Seeing how he looked at her with so much love and joy in his eyes was heartwarming. I had a difficult time holding my emotions together and many happy tears were shed while watching my sister start her happily-ever-after. I'll never forget the special moment.
About the Book: 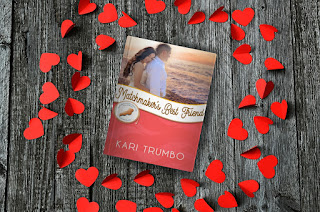 When they dated ten years ago as teens, it almost destroyed their friendship. So Pen Reese did the only logical thing.  She lied about how she felt—and still feels—about him.

She’s still paying for that lie.

A brilliant plan to set Mike and a friend up and get over him has one problem.

When Pen pushed him away, Mike Gaines assumed she just didn’t understand his faith. People like her persnickety aunt even claim he’s part of a cult—ridiculous, but it’s true. Still, if she wants him to play the part of a big brother, fine. At least he can stay close this way.

At first, Pen’s attempt to set him up with one of her close friends hurts. But what if it’s the perfect opportunity to show her what she’s missing if she sees him with someone else?

In this friends-to-more-meets-second-chance romance, The Matchmaker’s Best Friend continues the Elnora Island romances of the Independence Islands Series featuring five islands, six authors, and a boatload of happily-ever-afters.