Reclaiming Hope by Carolyn Miller is the newest addition in the Independence Islands Series! I'm so excited to share more about this book, but first, allow me to explain the release week party the authors in the Independence Islands are planning. This week our topic is Dream Island Escapes! Follow all the posts on this tour to read each author's idea of the perfect island escape. Today, mine is below. Also, don't forget to enter in the amazing giveaways offered this week. 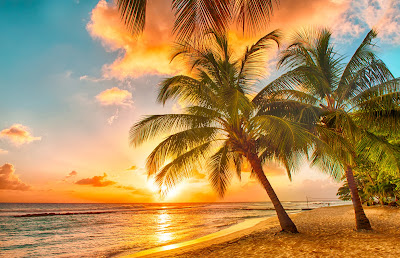 I've had the opportunity to go on two island vacations in the past. One was to Hawaii with my parents when I was a young teen. Then for my senior trip, my older sister and I took a trip to St. Thomas. Both were amazing destinations I will never forget. In Hawaii I had the opportunity to sit next to a sea turtle who had come right up on the beach. My dad and I also climbed Diamond Head. In St. Thomas my sister and I went to an amazing cove with crystal clear water and hardly any waves. It was one of the most beautiful places I've seen in my life.

If I had the opportunity to go on another island escape, I think I would like to travel to either St. Thomas again or one of the less populated islands in Hawaii. It's very hard to choose because both places were amazing and the people were so welcoming and friendly. The only thing I would do differently is finding a resort right by the beach, so I could sit on my beach chair and enjoy the calming sea views.

What is your idea of the perfect island escape? Please tell me in the comments below. 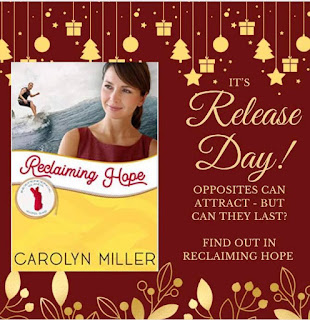 Opposites attract—and repel. But which is more powerful?

Callie Steele might be a bit…focused on work, but despite what her employers say, she enjoys her well-ordered, productive life.

When she’s sent to meet the owners of an estate requiring post-hurricane landscaping, Callie meets their son, Kai Brody, a super-chilled pro surfer, who is as opposite from her as they come. Though initially smitten, Callie knows a relationship with Kai is a bad idea—a very bad idea.

Kai, however, can’t help but be intrigued by someone who challenges him to make something of his life again. He’s determined to pursue her, if she’ll give him half a chance.

The more time they spend together, negotiating the challenges of work, illness, and family, the more their opposing outlooks clash and connect. What do these unlikely friends really want from life? Is it best to focus on work or recreation?

As Kai and Callie seek answers from the Lord, they also must consider if such complete opposites have enough in common to make a relationship last.