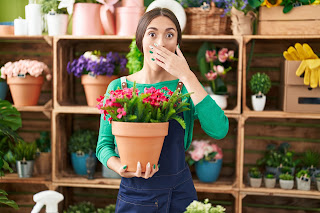 The time has arrived! The very last book in the Independence Islands Series has been released. It's a little bittersweet since this has been such a wonderful one to be a part of. Carolyn Miller's book brings the stories of the islands to a close. To celebrate this new release, the authors are all sharing some stories of our own. This time the theme is mistakes. You can read my story below. Also, please don't forget to read more about the book, enter in the giveaway and follow the tour this week. Blessings!

Everyone makes mistakes sometimes. It's just a part of being human. When I heard this theme, I couldn't stop thinking about a mistake I made as a young teen. My parents were away for the weekend one summer, leaving my older siblings in charge. We all had chores we were supposed to take care of. One of my chores happened to be watering the garden. I made sure to take care of my responsibilities by putting the hose inside the garden fence and turning it on. My dad said to give the tomato plants a good soaking, so I planned to leave it on for a few minutes and then move it to another section of the garden. However, I must have gotten distracted. The next day my dad received a phone call from the neighbor. A steady stream of water was heading out of our yard and down the street like a miniature river. The garden was flooded, the yard was a muddy mess, and I was in deep deep trouble. I felt horrible and offered to pay for the extra amount on the water bill with my allowance. Ever since that day I always check the water spigot twice just to be safe. It was a mistake I learned from the hard way.

I've made more serious mistakes I regret as an adult. Some in the form of sins that have brought deep sorrow and regret. However, I know God offers forgiveness when we mess up. Jesus died on the cross for our sins so we no longer have to carry them ourselves. What a wonderful gift!

More about the Book... 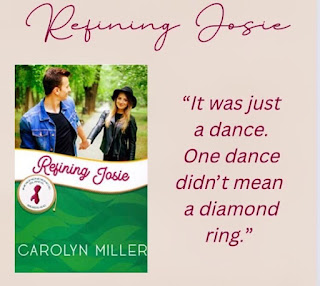 What’ll it take for the prodigal daughter to share her deepest secrets… and her heart?

Josephine Green returns to the islands in an attempt to reconcile with her family, but with a cloud over the family business, and little in the way of gardening skills, Josie’s painful past and flaky ways prove less than endearing for Greener Gardens’ hardworking crew.

Stuck without any other options, Josie is forced to accept her sister’s offer of a job that takes her to Breakers Head where she encounters Aussie teacher, Lachlan Jones.

A long-lost relative might’ve brought Lachie to a tiny music recording studio on the Independence Islands, but it’s also brought questions about how to care for someone he barely knows, especially considering he’s the last family she has. Questions regarding his future soon pale when he encounters the vibrant-haired Josie, whose sass and attitude takes some getting used to.

Neither imagined more until they began to bond over music and environmental causes. Both discover that first impressions need not be lasting ones.

But with the future of Greener Gardens looking shaky, and Josie’s faith and self-worth just as tenuous, can deepening a friendship into something more ever work? And what happens when Lachlan’s work means he has to return to Australia after Christmas? What’ll it take for two hearts to heal and make a future possible?

Posted by Rachel Skatvold at 8:46 PM