Waiting on the Tides Release Fun

Waiting on the Tides is Here! Congrats to Tabitha Bouldin. <3 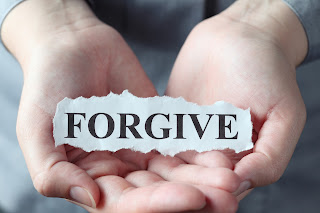 To celebrate this new release all the authors in the Independence Islands Series are sharing something about their own experiences with forgiveness. In Tabitha's book, the main character is faced with forgiving someone who is difficult to forgive. I will be sharing my experience below. Also, don't forget to read more about the book below and enter in the giveaway!

Forgiving even when it's hard...

During high school I endured my first heartbreak when my boyfriend ended our relationship. It wasn't just that we broke up, it was that he stopped talking to me and offered no explanation. We lost our friendship which was more heartbreaking than anything. We were both young and naive. It's hard to know what to do in those kinds of situations or if I could have done something different to preserve our friendship. However, it was a painful experience and hurt for a long time. After about a year or so, I finally worked up the courage to see him again. I smiled, said hi and invited him to an event hosted by the youth group. He said he'd try to come. He didn't end up coming and he didn't talk to me again, however, when me met that last time, I forgave him in my heart. It was a moment of healing and a good life lesson. When we harbor unforgiveness in our hearts, it's like a poison. Through forgiveness, God provides healing and peace.

Have you ever had to forgive someone who was difficult to forgive?

More about the book...

People are more than the sum of their mistakes.

After a life lived in her older brother’s shadow, Abby Solomon is ready to take on the world—or at least a teaching position that puts her face to face with the one guy who thinks she's nothing more than an immature nuisance.

When his daughter's mother abandoned them, Christian Johnson swore off women and the trouble they bring. No wife—no drama. Just how he likes it.  But as Christian struggles to juggle his job as a cop with raising his daughter and tracking down a runaway teen, he's forced to ask the one woman who reminds him of his wife for help.

Abby is thrilled with the opportunity to show Christian that there’s more to her than what he thinks. But just as Christian begins to trust Abby, she makes a colossal mistake that threatens to ruin everything.

She just wanted to be accepted.

He wanted to be left alone.

It’ll take a runaway teen to show them that love is not measured by a single mistake.

Posted by Rachel Skatvold at 6:05 PM