It's release week for Regaining Mercy by Carolyn Miller! It's hard to believe this is the last book for Elnora Island. It's been quite an adventure and I hate for it to end. However, luckily there are three more islands to visit and lots of adventure to experience. Carolyn's story follows a young mother who has gone on a TV reality show, so this week all the authors are discussing reality shows they have watched. Keep scrolling to find out about which reality shows I've watched and to find out more about Regaining Mercy. 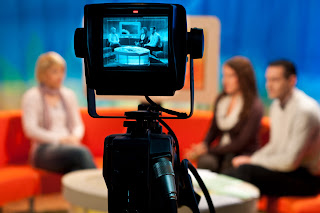 Reality TV shows...do you watch them? Enjoy them? I've had several that I've watched, but most I've eventually lost interest in. Bachelor was one I watched for a while. It was interesting for the first few seasons, but I ultimately grew weary of how shallow the relationships became or the fact most of the couples ended up breaking up after the show. Another I watched was survivor, but after a while the drama between the people on the show made me lose interest. I also watched the Biggest Loser for a while and liked it.

One show I am enjoying right now is Alone. Ten people are sent off to a secluded area completely alone and have to survive as long as they can without tapping out. I enjoy outdoor activities with my family like camping and hiking, so this show is interesting to me. They have to build a shelter, and find water and food. It also shows tips for how people can stay alive in a survival situation.

So there are some shows I have watched. What about you?

A mom ready to do anything for her son. A man determined to win the woman he loves.

Going on Love at First Glance had seemed like such a good idea. She didn’t care about finding Mr. Right. No, Mindy Murray chose the reality TV show for more mercenary reasons.  A mom’s gotta do what a mom’s gotta do when it comes to feeding her son.

When Mindy returns to Elnora, the girl from the “wrong side of the island” just wants a chance to rebuild her reputation. Too bad the folks at church don’t practice what the preacher preaches.

Enter Dermott Reilly. The interim boss at Greener Gardens has always had a soft spot for Mindy and her son, but with his new responsibilities, an important garden competition, and a few other concerns, he finds it difficult to prove himself to her.

A tropical storm and a missing child prove that sometimes grace appears in the most unusual ways.

Thank you for taking time to read about Regaining Mercy. Please follow the tour and enter in the giveaway below! Blessings!