More Than a Heartthrob Release Fun!

More Than a Heartthrob is here! The authors of the Independence Islands are so excited about this new release by Kari Trumbo this week we are sharing our favorite makeup tips and having a giveaway to celebrate. Please keep reading to find out my best makeup tip, find out about the next installment for the Independence Islands (Hooper Island style)...and make sure to enter in the awesome giveaway at the bottom. Also, don't forget, to follow the release party this week with the other authors in the series and enter in their giveaways! It's going to be an exciting week of fun. 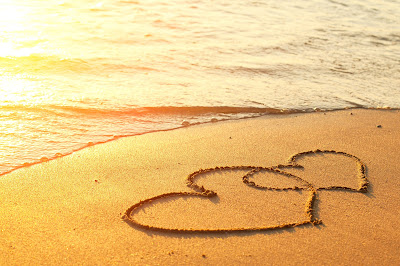 My Makeup Story and Tip
Whenever I think about makeup, I always think about my sister, Jenny. Being five years older, she took me under her wing when I was old enough to start wearing it. I remember lots of laughs and some frustrations as she told me to stay still as she put on my eye shadow or not to blink when it was time for eyeliner or mascara. In the end, when I couldn't stop blinking and my eyes would water, she started encouraging me to blink instead, timing it just right so the mascara would slide through my eyelashes. To this day, I still blink to put it on. It is a fun memory of sister time I will always cherish.
Now as an adult, I still use the techniques my sister taught me, but I also follow the "less is more" rule. I've never worn very much, but having blond eyebrows and eyelashes, if I don't add some pigment to them, it looks like I don't have any at all. However, I don't usually wear a lot. As Katherine, a beautician from my first book called, Beauty Within would say, "Makeup isn't meant to create beauty, only to enhance it." That has always been my philosophy, too.
A little more about More than a Heartthrob...

Whoever said beauty is only skin deep lied. Beauty begins from within.

Jazzy is comfortable in her own skin, but the world cringes at it. Her personal armor since her teen years, makeup hides the scars that make anyone who sees them wince. The true test of any friend is: will they accept her without it?

Chris races to Hooper Island to escape a life-altering situation. The only person he knows and can trust there is a woman he met once. It wasn’t a good meeting. Lost and lonely after being the center of attention in Hollywood, he won’t risk losing the one friend he has.

Befriending Chris poses a risk Jazzy is loath to take. If anyone will reject her for her scars, it’ll be a guy whose life is focused on beauty. But as she helps him work through his own problems and his struggles with faith, will she gather the courage to pluck the plank from her own eye?

Once alone and vulnerable, will Jazzy and Chris rely on one another? Or will the force of their polar opposite lives push them apart—for good. 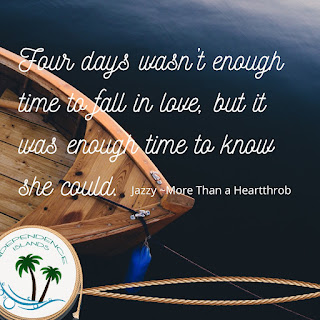 More Than a Heartthrob continues the Hooper Island stories of the Independence Islands Series featuring five islands, six authors, and a boatload of happily-ever-afters.