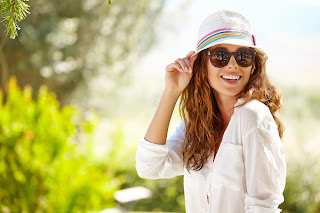 Today’s the day! The release of my last book in the Independence Islands Series. I can hardly believe the series is coming to a close, can you? I am so thankful to have been a part of it. Thanks to everyone at Celebrate Lit for making my dream of becoming a traditionally published author come true. While excited to share the conclusions of some of my favorite fictional characters’ stories it is also bittersweet, like saying goodbye to old friends.

In Returning to Breakers, Tiffany and her kids go on a much needed staycation to spend time together as a family. So this week, the other and I will be sharing our idea of the perfect staycation. Look for my story below and find out more about my new release. Also, please remember to enter in the giveaway and follow the other authors this week!

We usually try to go on a small vacation every summer but one year we couldn’t afford to travel out of town. Instead, we found different activities to do around our city. We went downtown, rode the streetcar, went to a children’s museum, and saw an amazing model train display. Later in the week we went to the zoo and then camping. We had a memorable week even though we didn’t go far from home. Sometimes it’s not the location that’s the most important thing. It’s the people you are spending time with.

More about the Book… 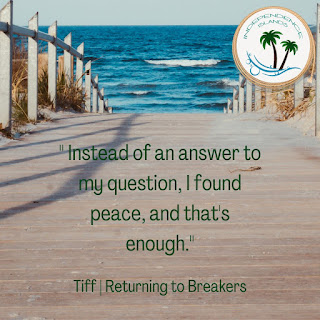 Sometimes God’s “why” comes too late… and just in time.

Tiffany Hill is a master at concealing her emotions. She can’t admit she has her own questions about God—like why He allowed her Marine husband to die in action. A single mom with three children to care for and the general store on Merriweather to run leaves little time for philosophizing. She has more pressing issues to deal with. Like how her dream of running the family business has become a burden.

Is keeping the business afloat even worth the effort anymore?

After high school and an unfortunate falling out with his father, Liam Hadler left Breakers Head, determined never to look back. He failed on that one, and one of many regrets was leaving his high school sweetheart behind to chase an impossible dream.

When his mother calls after his father suffers a stroke, Liam has a tough decision to make. Will he return to a place he’s avoided for sixteen years, and is making amends with his father even possible?

A chance encounter with Tiffany after so many years never occurred to him, but memories of their time together rekindles something he thought he’d lost. What’ll it take to persuade her to give him a second chance?

Posted by Rachel Skatvold at 2:04 PM